On September 7, 2022, the Fujian Provincial Council for the Promotion of International Trade (CCPIT), Zhangzhou Municipal People's Government, and the World Trade Center Council (WTC) hosted by Fujian Chamber of International Commerce and Zhangzhou CCPIT, the 2022 Fujian-RCEP National Economic and Trade Cooperation Meeting was successfully held in Xiamen. Mr. Feng Yaoxiang, Minister of the Trade and Investment Promotion Department of CCPIT-Fujian, Mr. Xu Min, President of CCPIT-Fujian, Mr. Huang Shuimu, Deputy Secretary of Zhangzhou Municipal Committee of the CPC, and the Charge d 'Affaires of the Embassy of the Republic of the Philippines in China attended the event. With the theme of "Sharing Development Opportunities and Expanding the Space for RCEP Cooperation", the event invited guests from the embassies and consulates and business associations of RCEP member countries in China, including the Philippines, Cambodia, Singapore, Thailand and Indonesia, to participate in the event. Through online and offline cooperation, economic and trade cooperation and exchanges focused on the watch and household industries were carried out.

At the meeting, government leaders and foreign envoys attended the event and delivered opening speeches. 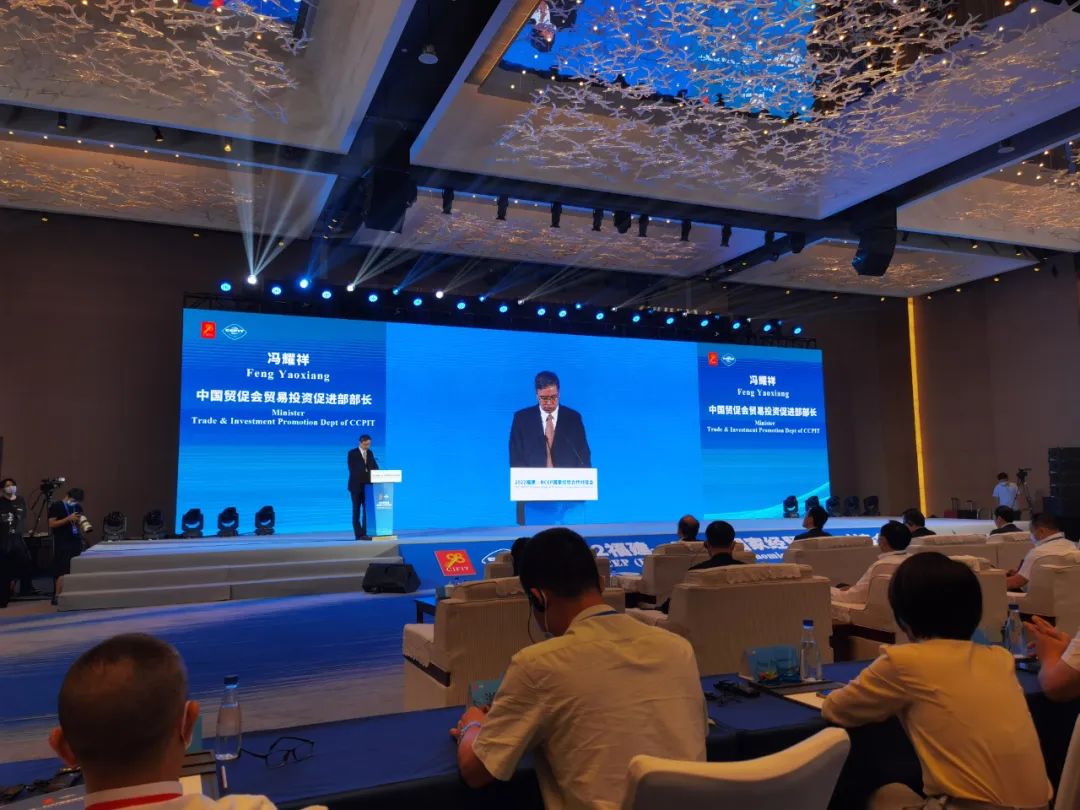 The president of Zhangzhou City Council for the Promotion of Trade WenHua Lan for the "Zhangzhou" special promotion. President of Zhangzhou Clock & Watch Association,Chairman of our company,Sandong Lin for "Zhangzhou clocks and watches" to make special promotion. At the meeting, President Lin introduced the development of Zhangzhou clock and watch, its industrial advantages and its development direction.